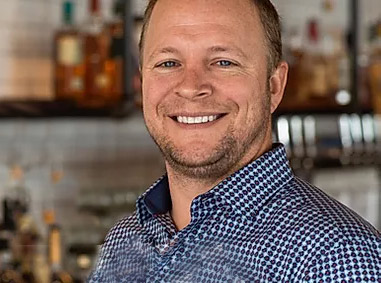 Growing up in north Houston, before he was old enough for his first job, Harlan knew he wanted to wait tables. Harlan loved the idea of a job where the harder you work, the nicer you are, and the funnier you are, the more money you make… in cash! Harlan got that chance when the esteemed Denny’s restaurant chain promoted him from busser to server when he was 17. He was a big deal!  Harlan waited tables in various restaurants while attending high school and college, and found that he’d rather work a double and go out with his coworkers than attend class. By 23 Harlan was managing restaurants full time. When people ask why he didn’t graduate, he likes to say that he decided to go pro midway through his senior year.  Like so many, he got sucked into the service industry and it became not just a career, but a lifestyle. Harlan has been a leader in the growth of multiple restaurant groups as an operations manager and has since founded a successful consulting company, Harlan Scott Hospitality, and to date has played a leading role in opening and managing 9 unique concepts while helping dozens of clients find profitability, scalability, and most importantly, quality of life.

Harlan promised everyone he’d never open his own restaurant, but Cody wouldn’t leave him alone about it. Cody was a server at heart too. Then came the idea of opening something that celebrates the industry that’s given them so much: unforgettable stories of getting arrested, that time he almost died, financial success, best friends, and ex-girlfriends. Harlan wants to give back and share the culture that made him who he is today, and believes that this rugged and genuine spirit appeals to everyone even if they never worked in a restaurant. Harlan’s recipe for Industry will be the same time tested one he’s used throughout his career: Surround yourself with genuinely good human beings and be authentic to a fault.  The rest will take care of itself. 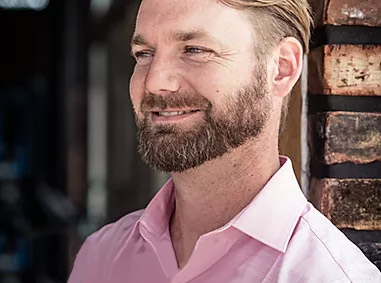 Originally from Goliad, Texas, Cody also fell victim early in life to the allure of late nights and long hours, dealing with rude people, and coming to work hungover. However, he actually managed his successful career in the industry while still going to class.  Naturally, it was in the industry where Cody first met Harlan and then later Todd, though it wasn’t until almost 10 years later that he realized he had his dream team to open Industry all along. Cody graduated from Texas State in 2009 while simultaneously running the 20 year Austin institution, Café Josie. Cody later bought the restaurant and rejuvenated the brand in a market that sees 100 restaurants open every year and just as many closes. Things really took off when Todd became executive chef of Café Josie and Cody created a unique unlimited prix-fixe menu dubbed “The Experience,’ the first of it’s kind in Austin, and now defines the restaurant's success.

Cody’s success in the industry can be attributed to his willingness to connect with every customer, every employee, and every process in the restaurant. Every review, every penny wasted, and every dish with just a little too much salt matters to Cody.  His first restaurant and now Industry is an embodiment of that attention to detail and concern for everyone around him.  If you’ve been to Industry, then you’ve likely met Cody. It was his idea to come back to San Marcos, and do a project with longtime regular and respected developer Mark Shields. In fact, Cody has spent every day in Industry during the construction so if there’s anything you don’t like about the design be sure to tell him; it’s totally his fault. Cody has a dog named Honey, and he also used to a have really long ZZ Top style beard.  But since he shaved it off, he decided to join a band so he would still be considered cool. Cody is the drummer for the Honeysuckle Roses, who do a mean cover of the “The Promise.”